A game that was once thought to be lost forever... has now been recovered and greatly improved.  Now it's finally making it's way to the App Store!

I've been spending much of my time perfecting this iOS game that I thought would never be completed after my first Macbook Pro was stolen my a methadone addict.  Fortunately, I did remember that I backed up the source code somewhere and have been building upon it ever since!  I initially wrote this game to test the waters of iOS app development by first writing the game for windows and then porting it to iOS.  It was a messy, but awesome learning experience.

"What is Super Milk Chan?"  It's an anime show that originally aired in 1998 starring a spoiled and sometimes greedy 5 year old heroine named Super Milk Chan living in her house with her robot maid Tetsuko, and her pet Hanage.  Milk Chan receives her orders from the President (of everything), and then goes on some wacky adventure filled with goofy and sometimes crude humor.  Don't worry, the game is family friendly!

The game is nearly complete and just requires a bit more testing and tweaking before being released on the App Store no later than the end of this month.  It has a bit of a fast pace to it, but the controls should be easy to grasp.  The objective is to kill the invading blob monsters with your shurikens while collecting various pickups (i.e. food, valuable items, jewelry and money).  Take a look at the screen shots below: 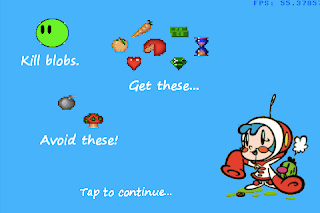 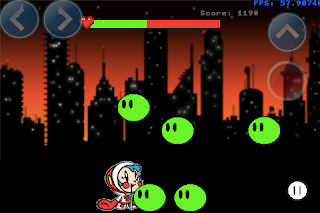 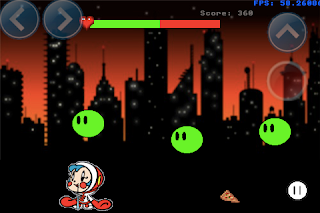 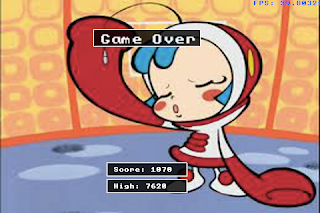 After releasing this app, I plan on making an update for a second "episode" based on one of the anime's actual episodes (of course I'm not going to tell you what it is, it's a surprise).  So look for Super Milk Chan hitting the App Store very soon, and as always, be honest with your critique.  Be it positive or negative, it's always welcome! :)